A downloadable game for Windows, macOS, and Linux

Alisa is a classic late-90s style horror-themed action adventure game set in a fantasy universe inspired on the 1920s. You play as an Elite Royal Agent called Alisa. While she is chasing a wanted criminal, she ends up in an old Victorian mansion. She tries to find a way out while being haunted by materialized/mechanized doll-like humanoids. Can you survive the Dollhouse?

What's waiting for you:
- Classic Survival Horror gameplay
- Real Pre-rendered backgrounds
- Eccentric currency and item shop
- Dresses and Armours with unique player stats boosts
- Weapon load-outs
- A large variety of enemies and locations
- "Soulsborne"-difficulty
- Surprises around every corner
- A weird sense of humour
- A nostalgic trip to the late 1990s


Extra Info: If you connect a controller, don't forget to setup the buttons in the Button Config menu (in-game)
If something goes wrong with your settings, press F1 + F2 at the main screen (new game, settings, quit) and quit the game and restart is again to reset everything to default settings.

Get the soundtrack here: https://caspercroes.itch.io/alisa-soundtrack

In order to download this game you must purchase it at or above the minimum price of 15.00€ EUR. You will get access to the following files:

Vonalbino13 days ago
hehe awesome been waiting for this game full release hehe. consider to visit my channel it would be great ill do more episode of the gameplay
Reply
FluDasher15 days ago(+1)

would anyone recommend this version or the steam version? or are they pretty much the same?

it's the same. But Steam updates automatically and this version you have to redownload every time there is a new update.

Hello. Is this macOS Monterey compatible?

I have played other “PSX” style games before, but this is the first game I have played that feels completely from that era. It is harder than even RE1, but patience and careful saving has allowed me to progress so far. I can see myself using up too many resources and having to start over, but that has not happened yet.

My only suggestion would be to add an option to reset the key bindings to default. I initially rebound all the controls to a PS-style usb controller but felt the dpad was too fast for accurate movement. I wanted to set it back to keyboard but had to look at the demo version to learn which keys the game was originally set on. Now I am using a program that remaps gamepad to keyboard, which is working better for my controller’s dpad.

EDIT: I now see you can reset everything with F1 + F2.

thanks : )
And yes, there is still going to be some small balancing updates to prevent the player from accidently waste their resources too much.
Also going to implement better button mapping settings soon.
And more content will be added as well! : )

I'd love to see this game on GoG soon :)

why is it possible to change every keyboard control except the directions (i am forced to use arrow keys). is it supposed to be that way?

i would really like to make the directional controls map to w a s d. i cant do it in the configuration menu. please help

this will be possible in a future update. hopefully very soon. but Im still busy fixing some bugs.

Definitely a MUST get! Absolutely LOVED it! Can't wait for more from this creator.

hey! I just uploaded the new one. maybe you were just trying to download when I swapped them. Can you try again?

I downloaded this game as soon as I found it was out, and I reached the credits over a couple of sessions.

Casper Croes should be very, very proud. Sometimes when a game is a throwback, it's very shallow, clearly just so that the trailer can make dummies like me buy the game. Alisa is clearly the result of someone who loves the classics that defined the survival horror genre, and more importantly understands what makes such games so striking. The world is carefully planned, the camera angles are cool and dramatic (SOMETIMES they're a little distant from the player), the FMV cutscenes are authentically rendered and placed.

The flow of the game is very clever and natural, a good combination of the criss-cross navigation of the first early Resident Evil games, while each wing of the house also act like thematically contained zones that fit in the larger world, a bit like a Castlevania game.

The story is largely swathed in mystery with the only clues being the few documents you read and characters you meet. Some might like a denser plot and it may feel too much like "just a haunted house", but I actually appreciate the light touch. The sights, sounds, and tone do plenty of work. Even then, it's a VERY fun haunted house. There are a number of unique enemies made for particular rooms that are quite a shock when you meet them.

Despite the familiar tank controls, the gameplay loop feels more unique than its inspiration. Including currency introduces a new incentive for fighting enemies and investing in gear. I often had to weigh the reward for defeating enemies with the effort to defeat them, along with the resource I'd use in the process. I didn't sit down and do the math to figure out how well planned it all is, but it's definitely interesting to think about while playing.

The player inventory is largely unlimited, so there's no worry about avoiding medkits or ammo you come across. On the flip side, you can ONLY carry two weapons with you, until you can switch them out at a safe room. I think it's a good way of emulating the resource management of the genre classics without being so anxiety-inducing.

And a big, important disclaimer: this game is HARD. There is definitely an expectation that you've played games like this before, and that you can run, escape, and aim efficiently. There was only one boss that didn't brutally kill me on my first encounter. This is definitely a game for people who have playing games like this in the 90s, or are themselves invested in the history of the genre, OR are very into similarly devilish Soulsborne games. Still, it's very fun to play for an audience! My wife had a blast watching me play it.

I'm excited to see how this game looks after subsequent updates. I'll definitely revisit it. Thank you for this refreshing trip to the past, Casper Croes.

I was moved for the first time in 20 years to make a GameFAQs submission for this game. Spoilers for the middle of the game. https://gamefaqs.gamespot.com/pc/292277-alisa/map/16947-water-maze-map

Ah there is currently a mistake in the game there. one pack of the Martin Ammo should be Bob Shells. A text component of one item is incorrect.

A real artistic gem, with subtle humor, and excellent music.

Maybe a stupid question, but how do you save the game?

Did you meet Pol? and do you have a spare Toothwheel? : )

Ah yes, now I met him. :) That's a very strong atmosphere you created in this game, I'm very impressed. It really feels exactly like the kind of 90ies horror games I loved. Graphics and sound - everything fits perfectly. I'm very much enjoying Alisa. :) 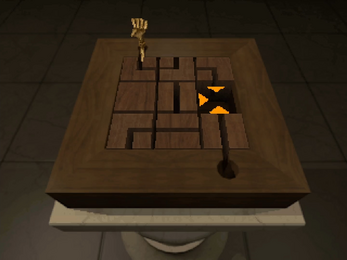 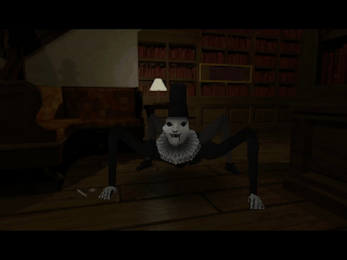 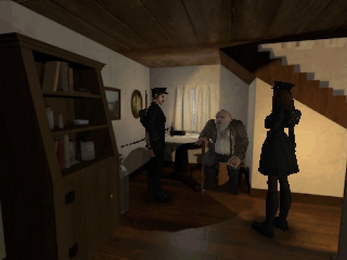 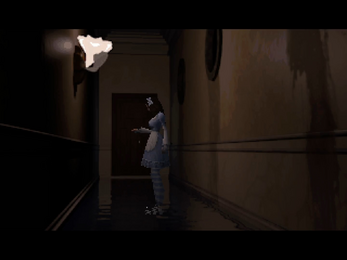